Seed Internships: An Opportunity to Grow 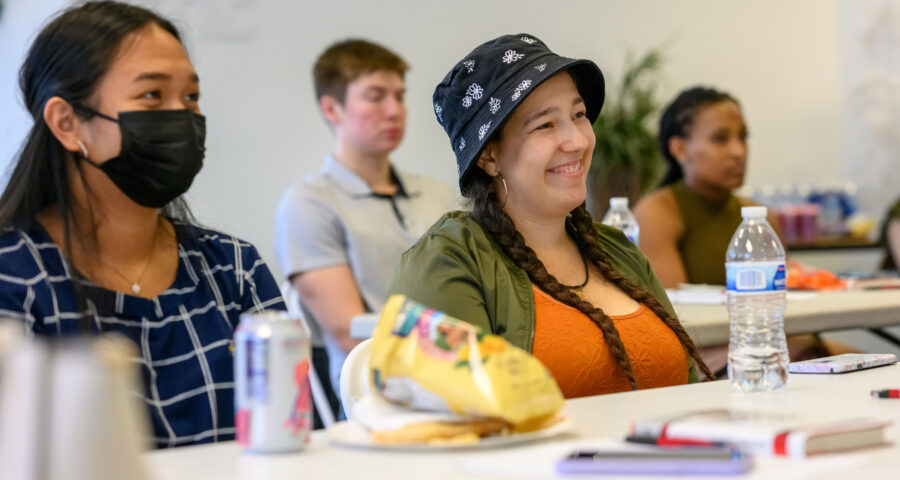 Becoming a senior in the computer science major at the University of Washington Tacoma is very exciting. But because I’m so close to graduation, family, friends, teachers, and colleagues have started asking what my post-graduation plan is. With this pressure, I knew I wanted to land an internship last summer. Internships are important to gain experience and to put on your resume. I’ve seen other new graduates struggle to find jobs because they didn’t get work experience during school.

It’s hard applying to internships while you’re trying to pass college classes. Writing cover letters, updating my resume, going through the application process – this all took lots of time and energy. The hardest part, though, was the rejections. Impersonal emails telling me that I wasn’t the right fit for what a company was looking for. It made me feel like I wasn’t good enough.

Then I heard about a program called Seed Internships from a professor. What intrigued me was that Seed matches selected interns to potential employers and helps students apply to many opportunities at the same time. After hearing about all this support, I wrote out my application and prayed.

I was beyond excited when I heard I was advancing to the Seed group interview. Finally, I had received an acceptance email and my motivation skyrocketed. 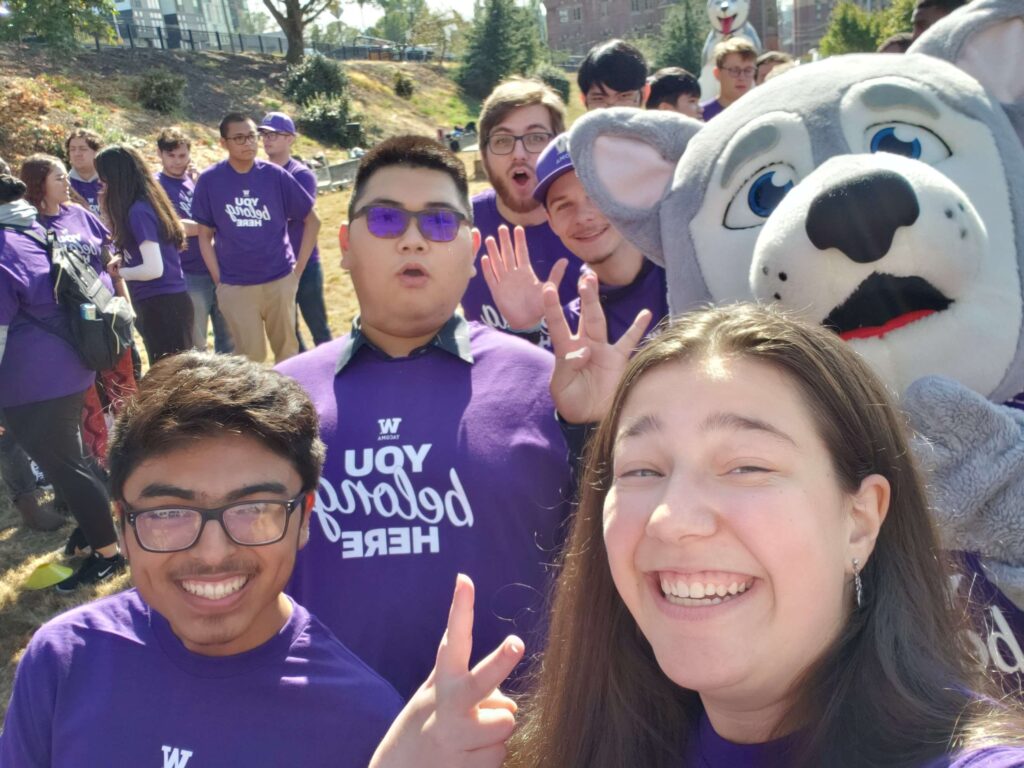 Maria and her friends participating in the “W” photo for University of Washington Tacoma. (Photo courtesy of Maria Babko)

With this fiery motivation, I spent hours practicing interview questions with family and friends.

Then the day of the Seed group interview dawned. I was put into a room with two other candidates. When I heard them introduce themselves, I immediately felt underqualified. But I knew I just had to put my best foot forward; show the genuine passion I had for my past experiences and where I want to go next.

After that, it was a month of checking my inbox to see if I would be matched. Then, one day, another email finally appeared! I got matched with the nonprofit Degrees of Change, specifically their GuidEd Insight team for a data analyst role. I might have done a funny victory dance and excitedly screamed.

It wasn’t long before I found myself in the final interview for the GuidEd Insight team. I was beyond nervous. Although I am a computer science major, I didn’t know much about being a data analyst. What I did know, though, was that Degrees of Change fit well with my morals. They are an organization with the mission of ultimately helping others.

So, I told my two interviewers, Jake and Bello, that while I might not yet have a solid data analysis foundation, I am determined, a fast learner, and most importantly, driven by a passion for helping others.

A week later, I got a final email that I was Degrees of Change’s new data analyst associate. The excitement I felt this time was immeasurable. Thus, my summer 2022 internship journey began.

I am determined, a fast learner, and most importantly, driven by a passion for helping others.

What I didn’t expect was to get so much out of both experiences.

At my internship, I learned that working at smaller companies can be like having to run before you’ve learned how to walk. With not as many staff, some tasks I needed to figure out how to do myself.  And it was no easy feat. One of the first tasks I was given was the biggest that I worked on during my whole internship – updating all the tables in a SQL database.

I didn’t know how to use SQL. I did, however, have brief notes from a class as well as the power of Google. Armed with these tools, and after many struggles, I successfully completed my task. It was a great feeling and I learned how fast I could pick up new coding languages, tools, and areas of work.

After surviving this task, other tasks were easier, and I became more accustomed to the environment that I was working in. I felt like I had a part to play on the GuidEd Insight team at Degrees of Change.

Another thing I learned about smaller companies is how you can feel known. In my team, I was one of five. In the entire organization, I was about one of 25. Everyone is part of this close-knit community, and it truly feels like I am making a difference being a part of it. 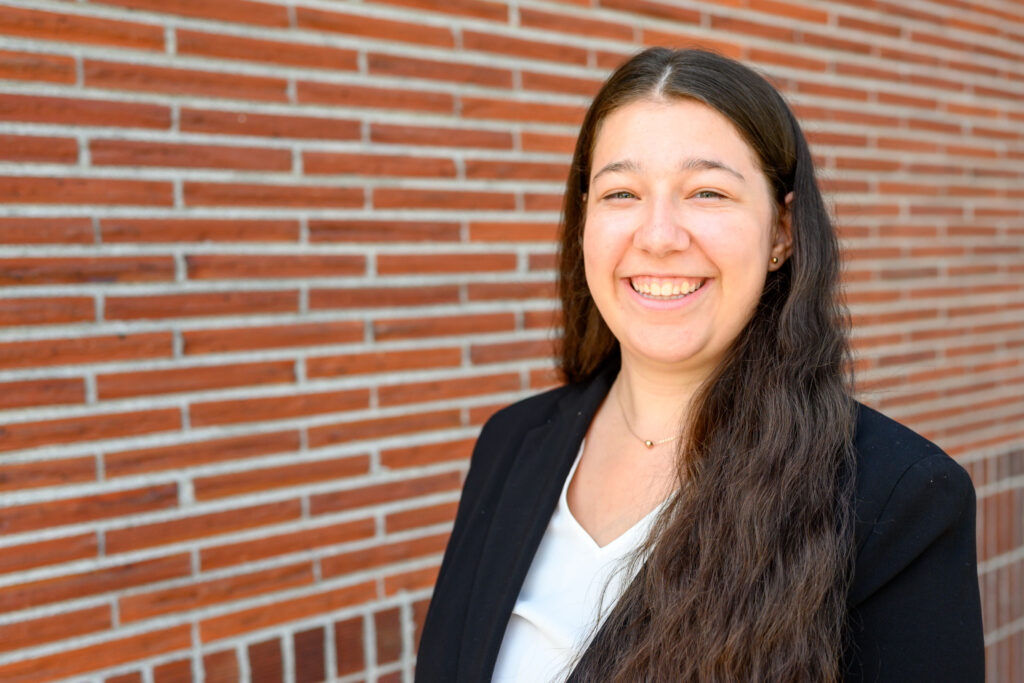 As I was cultivating community at my internship, I was doing a similar thing at Seed PD. The sessions were built to be informative, yes, but there was always engagement with others. I was delighted that there would be a space to get to know the other Seed Interns. Being able to learn about new professional development skills was also a big plus.

Each PD session always offered something new. One week we learned about finances and budgeting tricks. Another week we worked in teams to pitch fake movie posters to practice our communication skills. There was never a dull moment when I was at Seed PD.

Internships are there to help you get work experience but, ultimately, it’s a way to help you find out what you’re passionate about. At my GuidEd Insight internship, I was able to see what aspects I liked about the job and its work environment, and also some of the things I would want to change.

With this experience, I was able to better understand what my next steps were. I made the decision to double major in communication in addition to my computer science major. I also now have a new role working as a Seed Internships program intern. I’m still exploring what exactly I’m passionate about, but I hope to continue finding opportunities like Seed that will help me to grow and keep making a positive impact on the world.

There is one week left to apply for Seed’s summer 2023 internships! Start your application today at seedinternships.org/apply.

Maria Babko grew up in North Seattle and is currently a junior at the University of Washington Tacoma. She is double majoring in computer science and communication as well as minoring in innovation and design. She spends her free time attending fun UWT events with friends, reading, and creating art.